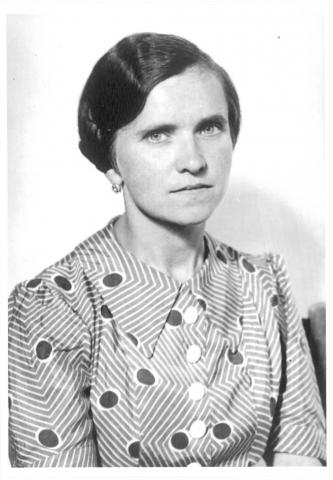 After several years of professional experience in wage accounting, Josefine Berger was employed in early 1939 in the administration office of the Kunsthistorisches Museum in Vienna, where she remained, with a brief interruption, until her retirement in 1963. Museum director Fritz Dworschak had applied to the Ministry of Interior and Cultural Affairs for her recruitment to replace the "sick" Christine Raab, later dismissed for political reasons. He described Berger as an "illegal employee of the NSDAP", who "worked tirelessly for the National Socialist idea during the entire prohibition period through the provision of forbidden National Socialist literature, propaganda and donations". As a politically reliable employee in the eyes of the Nazi regime (NSDAP membership number 6,330.955, date of admission May 1938), she was responsible for the personnel files. In autumn and winter 1939/1940 she worked in the  "Schloss" (Kartause Gaming) depot. Siegfried Troll, who at the time was a leading official in Gaming, praised Josefine Berger's great enthusiasm for the work and her skill and experience in practical matters. In 1945 she was dismissed as a lesser offender because of her membership of the NSDAP but was able to return to the museum in mid-1946. In 1963 she was awarded the Goldene Medaille für Verdienste um die Republik Österreich (Gold Medal for Services to the Republic of Austria).