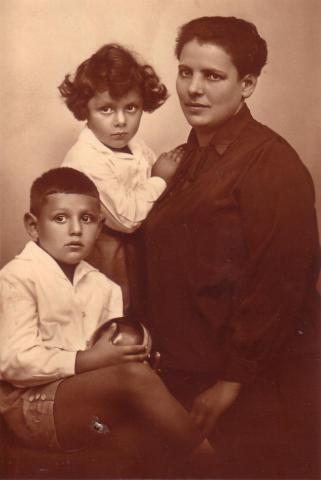 Rosa Glückselig, née Heitler, was married to the grocer Moritz Glückselig (1890–1974) and had two sons. She ran the delicatessen Zur Raxbahn at Neulerchenfelderstraße 27 in Ottakring, where the family also lived. After the annexation, because of her Jewish origins, she had to declare her assets to the Vermögensverkehrsstelle (Property Transaction Office). In the declaration she stated that her private vehicle (Fiat 522) had been seized on 16 March 1938 and its whereabouts since then were unknown. After its seizure the car was used by SA group Donau as a service vehicle with the registration number A10887. In September 1939 the SA sold the vehicle to the administration of the Österreichische Bundesgärten (Austrian Federal Gardens), Schönbrunn in Vienna's 13th district. According to the systematic provenance research, it was given to the Technisches Museum Wien on 21 November 1951. Moritz Glückselig was interned from May 1938 to March 1939 at Dachau and Buchenwald. In March the family managed to emigrate to Bolivia. Shortly afterwards they moved to Buenos Aires, where they opened a general goods store Fiambreria Austria.

In 2008 the Art Restitution Advisory Board recommended the restitution of the vehicle to the son living in Buenos Aires. The Technisches Museum Wien acquired the Fiat 522 from the Glückselig family for its collection.