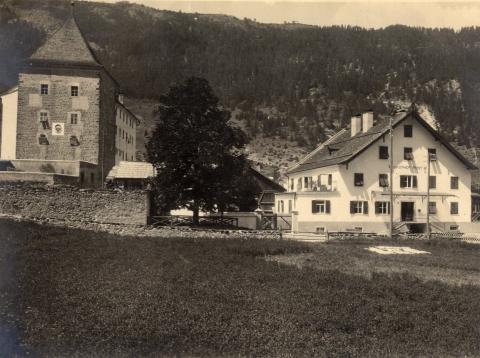 Objects, mainly from the library of the Tiroler Landesmuseum Ferdinandeum, were stored in 1943 in two prison cells at Schloss Sigmundsried, which had been used since the nineteenth century as a court of law. Applied art objects (glass and porcelain) and musical instruments were later added, as well as incunabula from the university library and valuable monastic paraments. Except for the books, the objects were returned by the end of 1945. Sigmundsried was the seat of Ried in Tirol local court until 1977. Afterwards it was used by the Austrian army as a depot. It has been owned since 1999 by the municipality of Ried.