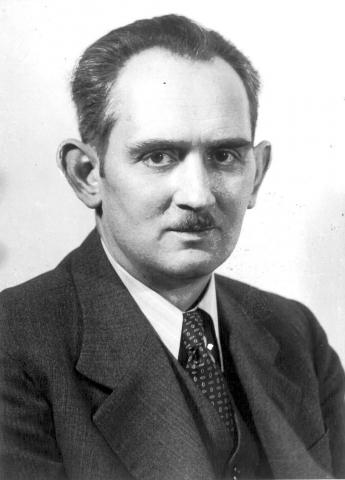 The qualified butcher Johann Waldum worked from 1920 to 1961 at the Kunsthistorisches Museum in Vienna, initially as an attendant but soon afterwards in the administration. He rose to become a senior official in the administration office. Until 1938 he had a wide variety of tasks, including personnel matters in the registry and supervisory service. When the administration was enlarged, his function was restricted to administration and organization. Thanks to his remarkable talent as leading administrator, he enjoyed the trust of the museum management under all political regimes. Fritz Dworschak praised him in 1939 for his organization of the repairs to the Neue Burg. Waldum was also involved in managing the storage of art works, particularly in Klosterneuburg, while his wife Angela helped out in the museum registry and air raid service. Waldum showed his commitment in April 1945 in fighting fires following air raids. At the end of December 1945 he accompanied the First Director August Loehr to Ischl-Lauffen to organize the return of the artworks stored there. Waldum retired in 1961 but was able to stay until 1963 in his service apartment in the Kunsthistorisches Museum, where he had lived with his family since 1926.