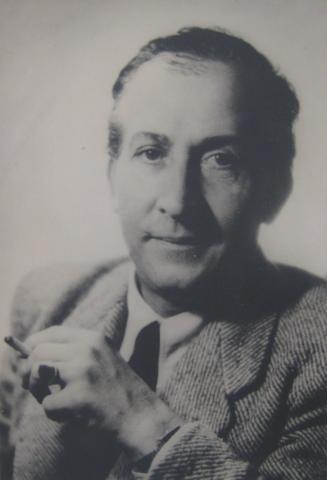 The Munich lawyer Alexander Bayer was admitted in early February 1931 to the Munich branch of the NSDAP with the number 423.018 but left six months later because – as he stated in 1942 – as defence counsel for Erich Ludendorff he wished to avoid a conflict of interests. In summer 1935 he sought to join the Party again but was unable to do so because of a membership suspension in force at the time. Bayer, who also tried his hand as a playwright and became involved in legal disputes as a result, stood out in particular for defending wealthy Jews who were in trouble after the Nazis came to power in Germany. Together with his Viennese colleague Ludwig Rochlitzer he extended this activity after the annexation of Austria to clients in Salzburg and Vienna, including Ida Herz, Wally Kulka and Elisabeth Grünbaum. By summer 1940 at the latest, it came to the notice of the office of the Reichsführer-SS that Bayer was demanding a fee of 2,000 Reichsmarks for making contact with Heinrich Himmler, whom he knew from their schooldays together in Landshut. When confronted with this, Bayer confirmed that he had written several times to the Reichsführer-SS to request the release of Jews in protective custody. He said that the persons concerned were Rochlitzer's clients. A copy of a letter from Himmler from December 1938 exists in which he informed Bayer: "We will release Jewish detainees from protective custody if they intend to emigrate, provided that their emigration is certain and there are no serious impediments to their release. I have therefore instructed my offices to lift the protective custody in the cases you mention for the purpose of emigration. "As the Nazi authorities suspected personal enrichment, Ernst Kaltenbrunner and others conducted further investigations, also in consultation with Reich Minister of Justice Otto Georg Thierack. The Personal Staff of the Reichsführer-SS let it be known that Himmler intended to put Bayer in a concentration camp: "The behaviour of the lawyer Dr. Bayer, who is using his youthful acquaintanceship with the Reichsführer-SS in this way can only be described as dirty and base." A trial in a court of honour was organized by the Rechtsanwaltskammer (Reich bar association) in Munich, which concluded that he had committed "a not insignificant violation of his professional obligations". The matter was drawn out, however, and in July 1944 Kaltenbrunner reported to Himmler that the Reich Minister of Justice had not yet reached a decision because the matter was still "unclear". The state of the war precluded further processing of the case. It is no longer possible to identify the persons whom Bayer intervened with Himmler for, but there is a discrepancy in the numbers. The investigation by the Rechtsanwaltskammer in 1942 spoke of "sixteen to eighteen Jews", for whom Bayer had made "a joint application for release and granting of emigration visas", but after the war he claimed that he had begged Himmler to release seventy-two Jewish families whose husbands had consulted him from concentration camps and to grant them emigration visas in return for Himmler having copied his Latin and Greek scripts for five years at school. He also stated to the denazification court in Munich that from March 1933 he had continuously supported active resistance to the Party through the provision of funds. One of the witnesses to speak in his defence was the Munich lawyer Hans Raff, who had been intensively involved in investigating the illegal sale of art objects belonging to Jewish art historians, collectors and dealers. Bayer turned up again in 1953 in the case brought by Jaromir Czernin in Austria against the German Reich for restitution of the Vermeer painting The Art of Painting. Bayer offered to question the former Nazi Representative for Art Policy Kajetan Mühlmann as an expert in art acquisitions for Adolf Hitler. He said that he still had contact with him following legal consultations in 1952 and could without doubt obtain a truthful statement from him that would be favourable for the Austrian state. Mühlmann appears not to have been questioned as a witness. It is also unclear what "legal consultations" took place. In October 1958, Bayer was convicted by the Bayerischer Ehrengerichtshof für Rechtsanwälte (Bavarian Law Tribunal for Lawyers) and struck off the register the following March for violation of professional obligations as a lawyer, which also meant that he could no longer represent clients. It is established that from 1933, and from 1938 with Rochlitzer, Bayer exploited the difficulties of wealthy Jews for personal enrichment. He was no longer allowed to practise as a lawyer thereafter.