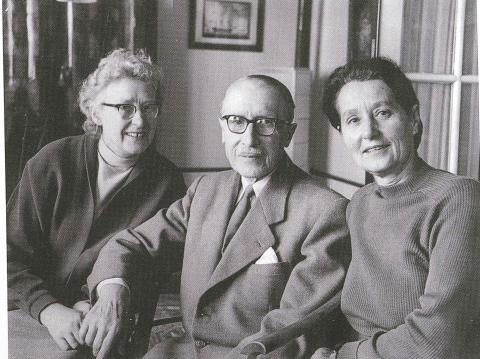 Viktor Schützenhofer studied mechanical engineering at the Technische Hochschule in Vienna. He joined the k. k. österreichische Staatsbahnen in 1902 and was summoned in 1907 by its chief designer Karl Gölsdorf to the Railway Ministry, where he was involved above all in the construction and supervision of rolling stock. He travelled frequently: in 1904 as reporter to the World's Fair in St Louis, in 1910 as commissioner to the World Transport Exhibition in Buenos Aires, in 1918 for study purposes to Sweden and in 1923 for three months to the USA. In 1924 he was made redundant at the age of forty-six and continued his career in private industry. In 1930 he returned to working for the state as director of the Technisches Museum Wien (TMW). He joined the Vaterländische Front (Fatherland Front) in 1933 and was briefly in the Pan Europa movement. After the annexation of Austria, he joined a number of Nazi affiliated organizations such as the Nationalsozialistischer Bund Deutscher Technik (National Socialist Federation of German Technology) but did not apply for membership of the NSDAP. As an expert in the history of technology and experienced public servant, he retained his position as director, partly because he had apparently allowed illegal Nazis on the staff before 1938 to continue working. After the death of Ludwig Erhard, first director of the TMW, from 1940 he also headed the affiliated Forschungsinstitut für Technikgeschichte (Research Institute for the History of Technology) and edited the Blätter für Technikgeschichte. During the Nazi era he had attempted to limit the NSDAP's influence on the TMW and was thus allowed to remain in office after 1945 until he retired in 1949. In this way he was able to pursue a public service career without interruption despite all the political upheavals of the time. In October 1945, with the support of the Soviet occupation force and after September 1945 the French occupiers as well, the Technisches Museum Wien became the first Viennese museum to open after the war.